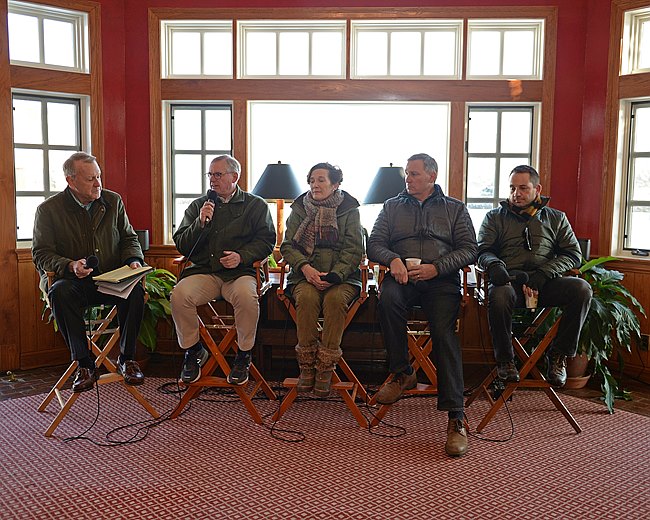 Marette Farrell recently participated in a stallion show at Lane’s End Farm. Here’s what she has to say about the event (covered here, in the Blood Horse):

“What a fun day ( in the snow) we had at Lanes End Farm. It was such a momentous moment to watch AP Indy stand in the middle of his sons, Mineshaft and Honor Code. His regal bearing has lost nothing of its luster, as he looked out into the clicking camera reels and the numerous reporters, thriving on the attention. A reminder of his heyday! He still ‘owned it.’ As he watched Mineshaft jiggle and Honor Code squirm, he looked directly into our eyes, reaffirming that he is still the king. He was in charge! As he walked away, still with a spring in his step, I felt privileged to have witnessed this. Thank you Lane’s End for a wonderful memory.” 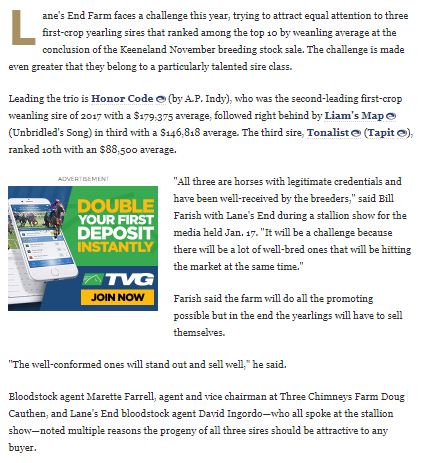 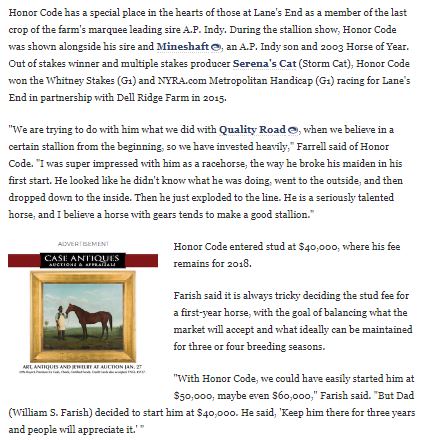 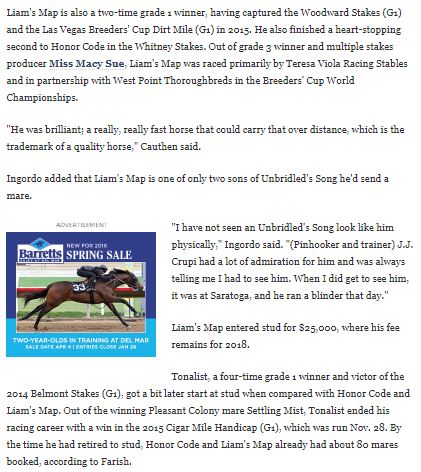 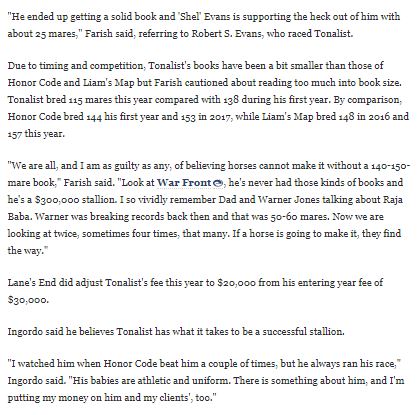