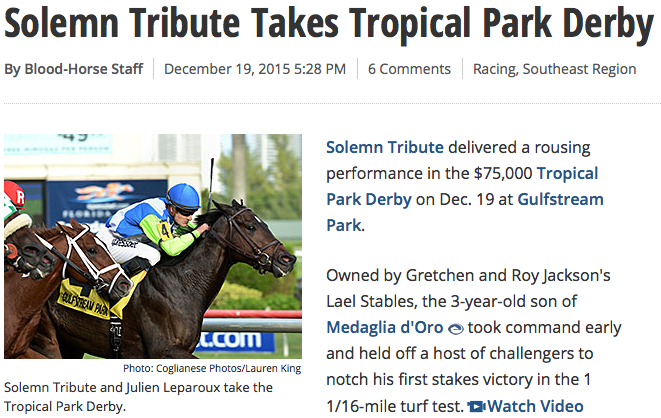 Solemn Tribute, the produce of a mating that Marette Farrell recommended as well as a yearling she single out at the September sales, won the $75,000 Tropical Lake Derby at Gulfstream Park. Owned by Gretchen and Roy Jackson’s Lael Stables, Farrell said: “This is a horse I believed in from day one and am delighted to see him confirm our high opinion of him. Well done to the mare Vindication, who was one of the first mares bought by David Anderson after the death of is father, Bob. I liked him so much, I called Roy Jackson to tell him how much I loved the colt and recommended that he buy him.”

Read more at the Blood Horse