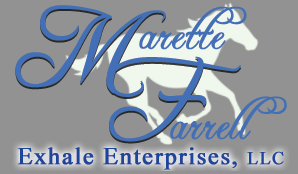 Giant Expectations was a fine winner of a decent maiden at Belmont Park yesterday, and Marette, who purchased the colt for his current connections, has this to say about the win:

“Ryan Exline and Dan Gatto’s unwavering belief in this hugely talented colt were finally realized after he broke his maiden by almost 10 lengths whilst never off the bit. He took New York by storm!! Peter Eurton’s growing reputation as a horseman of the highest caliber was on display here. Giant Expectations was spectacular and did Peter and his team proud. Big plans are afoot to showcase this colts abilities in his home territory and take advantage of the lucrative NY bred incentives. If he continues to display hair raising performances like this one, California has not seen the back of him yet :).Job well done to all.”

And here’s a nice piece about the winner in the Thoroughbred Daily News: 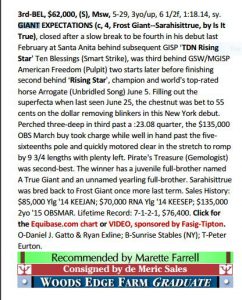