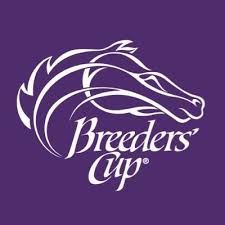 With the Breeders’ Cup just around the corner, now’s a good time to take a look at those horses that Marette has played a part in! Here’s what she says about the two-day meet:

“There are 6 horses I have connections with in the Breeders’ Cup. Two fillies in the BC Juvenile fillies – Noted and Quoted for Speedway Stable along with Champagne Room for Ryan Exline and friends.

Zipessa runs for for Patrick Gallagher and Larry Salustro in the BC Filly and mare turf.

Holy Lute, who I bought as a successful weanling to yearling pinhook for Stuart Denholtz, runs in the BC Turf Sprint.

There’s Toms Ready, whose mating was conceived at Mt Brilliant Farm before they sold the mare to Blackstone Farm.

And then there’s Klimt who runs in the BC Juvenile. I feel privileged to be part of Pavla Nygaard’s team when she consulted me about his matings. Go Klimt!

I want to say thanks to the fabulous team of people I have around me Tescha Von Bluecher, Zoe Cadman and James Nicol. I could not do it without you guys. I wish all the connections the very best of luck. Sooooooo exciting. We will have a big cheering squad in Kentucky.”

And here are a couple links to a couple of great XBTV videos where some of these horses are discussed: