Red hot Anderson Farms are on a roll at present, epitomized by Fragrance’s recent debut victory at Woodbine, mentioned in the TDN. Says Marette:

” I am thrilled for Anderson Farms and Rod Ferguson on an impressive debut by this beautiful daughter of Malibu Moon out of Nadeshiko. Catherine Day Phillips did her usual diligent job to prepare her for this test. A good indicator for a bright future.

Anderson Farms is on a roll what with Inflexibility’s win in the Wonder Where Stakes after her third placing in the Queen’s Plate and Tower of Texas who won the G2 Connaught Cup Stakes. Rocking and rolling 👍” 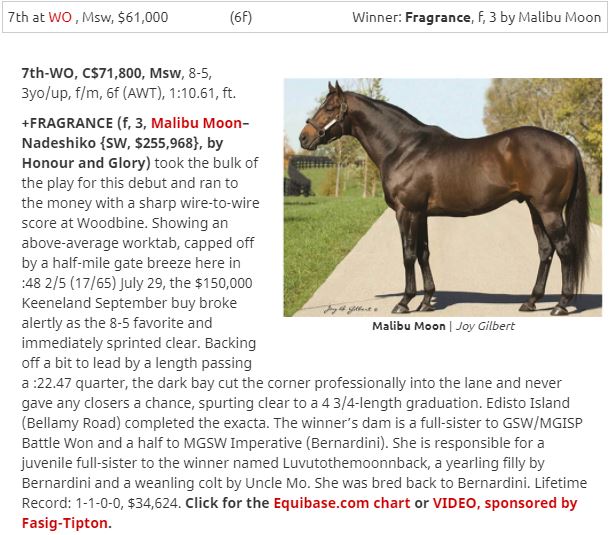